Cannot find your image? Want it larger? Designers should contact Craig Primas at 702-528-8183 or craigprimasphotography@gmail.com. 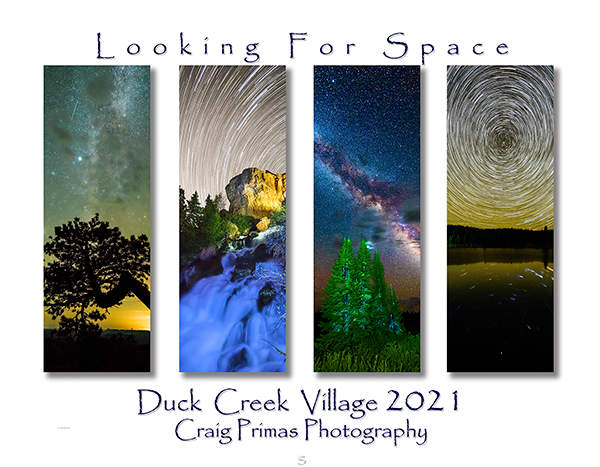 The Story Behind the Image:  You Can’t Make New Old Friends

“Great picture, Craig”, someone says or write. “Thank you”, is all I can muster most of the time, knowing a more complete response is probably desired. I choose not to explain my images; they should speak for themselves, I rationalize. I am so glad, though, that people like my photos. To most they may (or may not) be good pictures. But to me, they are much more. Of course, I see the flaws, the imperfections, the things I did or did not do: the missed lighting; the color balance that was off; the out-of-focus elements. It is like laying your own ceramic tile. I’ve done it, but I won’t again. I just sit on a chair and torment myself over all the flaws: the crooked tiles, the one that is chipped, the grout that is too narrow, etc. So, it goes with my pictures. But I do not think it is necessary for me to focus on my own photographic deficiencies. Others will do that for me. My pictures should speak for themselves for what they are: a creative expression which intend to evoke an emotion, any emotion. That is my art. If they don’t speak to you, so be it. But to me my pictures speak of the time they were taken; the wind, the temperature, the total experience. But most of all, I remember who I was with.

My trip to Grand Teton National Park in the fall a few years back was magical. And I think I captured some really good images; like the one you see here. Some of the Grand Teton images I have printed and framed in my own home. But in time, to me, they too have become just pictures. But pictures of a time I spent with an old friend.

Doug Beck and I met in a math class at UNLV where we were both were pursuing engineering degrees. This was a long time ago. We soon found common interest in hunting, and quickly became study buddies. Our girlfriends (at the time) hit it off and soon Anne and I found ourselves part of Doug and Denise’s orbit. I was in their wedding. We reciprocated by having both of them in ours. I think it was Doug that first recognized my true passion for photography. He gave me the book “Hunting with a Camera” for my 23rd birthday. I bought my first real camera the year before so I could take pictures of the beautiful things I saw while I hunted (we hunted ducks mostly). I guess Doug, sensing my budding artistry, wanted to encourage my yet unknown vision. I appreciate him for that, among other things.

Doug graduated and started to pursue a career in electrical engineering. I graduated and started to pursue a career in civil engineering. Doug and Denise, and Anne and I, soon were raising families of our own near each other; but eventually, and naturally, grew apart. Doug and Denise moved to Seattle where he has worked for Microsoft for many years. Anne and I stayed in Las Vegas where I worked and then retired from my private civil engineering practice in 2006 to pursue my second career and life’s passion of photography. Although we all sort of kept in touch over the years, the closeness we had from our younger years had faded and been swallowed up by time and distance. Such is life.

So, it was a great day a few years ago when Doug sent me an e-mail to reconnect and see what I was up to. He had gone through some tough personal times and felt the need to “get away”. He too had taken up photography and asked if we could get together and plan a photo safari somewhere. I quickly accepted and we started to plan our trip to Grand Teton. One thing about old friends; I mean old “real” friends: when you see them after being a part from each other for years, it feels like you saw them just yesterday. The passage of time evaporates and compresses to seconds, and you seem to pick up where you left off. Oh, you commiserate and share the troubles in your life (of course men do not go into great detail.), but the focus soon steers more toward moving forward. Doug and I moved forward.

In Grand Teton, like old college buddies again, Doug and I chased elk and deer, stalked moose, hunted for geese, and high-tailed it away from the howling of wolves we heard while hiking after it got dark one day. We did not miss any sunsets or sunrises and chased whatever magic light was happening. We were hunting with cameras, together. And we shared our photographic secrets and methods and compared the size of our equipment too (Yes, his lens is longer than mine!). It was like the old days. Last winter, Doug and I planned and executed another trip; this time to Bosque Del Apache National Wildlife Refuge in New Mexico to shoot sand hill cranes. The pictures from that trip also resonate with me because of who I was with, not because of the images I captured. But this last year, life happened again and we did not get to take a trip, but we know we will, someday. It may be in another 30 years, and we will be old by then. But then again, we’ll be……well, old friends.

The presence of this badge signifies that this business has officially registered with the Art Storefronts Organization and has an established track record of selling art.

It also means that buyers can trust that they are buying from a legitimate business. Art sellers that conduct fraudulent activity or that receive numerous complaints from buyers will have this badge revoked. If you would like to file a complaint about this seller, please do so here.

This website provides a secure checkout with SSL encryption.

Become a fan and be among those to receive new content and special promotions.

Your cart is currently empty.

This is only visible to you because you are logged in and are authorized to manage this website. This message is not visible to other website visitors.

The above preview shows how to use the live preview on this website.

This means you can use the camera on your phone or tablet and superimpose any piece of art onto a wall inside of your home or business.

To use this feature, Just look for the "Live Preview AR" button when viewing any piece of art on this website!

Below, select which favorite lists you would like to save this product into.

Enter your email below and we'll email you a 20% OFF Coupon right now!

This offer is valid for NEW CUSTOMERS only!